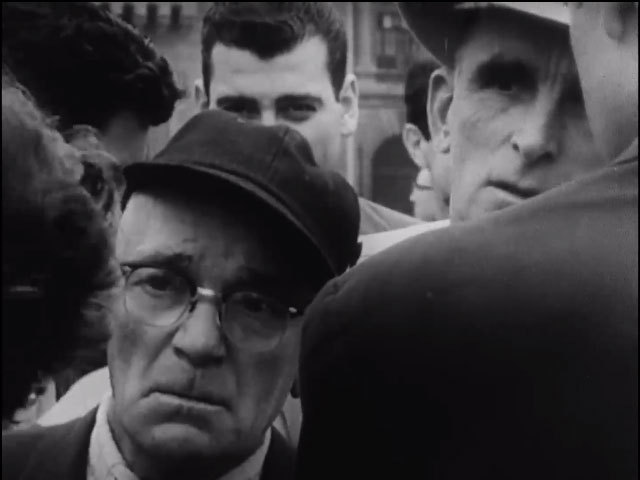 Pacifist plea sponsored by a Quaker group. To a voice-over commentary describing the arms race, Language of Faces presents a montage of human faces and activities that culminates in a silent vigil at the Pentagon.

Note: John Korty also made The Autobiography of Miss Jane Pittman. Teiji Ito, husband of Maya Deren, composed the score for Deren’s Meshes of the Afternoon.