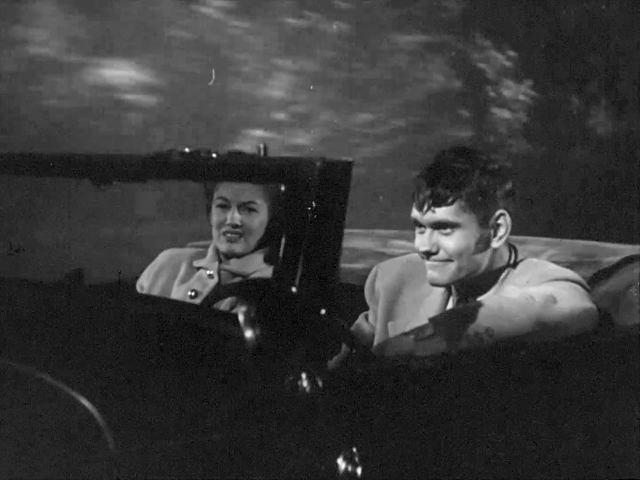 Insurance company–sponsored safety film targeting teenage drivers. The drama centers on a reckless driver, who together with his girlfriend, takes one risk too many. Like other safety films made for teenagers, Last Date implies that death is preferable to disfigurement. The dramatic accident sequence and surprise ending have often been emulated by other films targeting the same audience.

Note: Best known of a dozen films sponsored by Lumbermens (and its parent company, Kemper Insurance), Last Date introduced “teenicide” into the English language. In theatrical showings, wrecked cars were often parked outside to reinforce the message. Business Screen reported that it was seen by more than 14 million in its first three years of release. Named by the National Committee on Films for Safety as best nontheatrical picture on prevention of traffic accidents in 1949. Last Date also won awards from the Cleveland Film Council and the American Public Relations Association. Dick York went on to star in the television series Bewitched. For more about driver safety films, see H. Paul Abbott, “Visual Aids in Property-Casualty Insurance Teaching,” Journal of the American Association of University Teachers of Insurance 18 (Mar. 1951): 14–27.