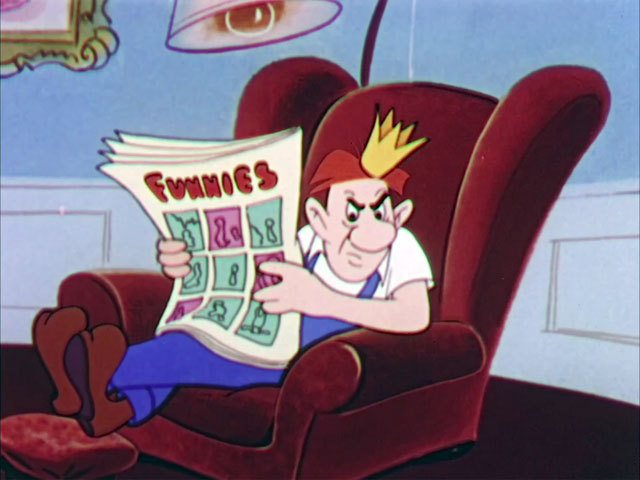 Pro-business cartoon explaining the role of investment capital in building America’s prosperity. Because of far-sighted investment in industry, the American worker, personified by Brooklyn-accented Joe, is “king of the workers of the world” and has higher wages and shorter hours than his counterparts abroad. Meet King Joe argues that in view of the rewards workers reap from the American economic system, it is in labor’s best interest to cooperate with management.