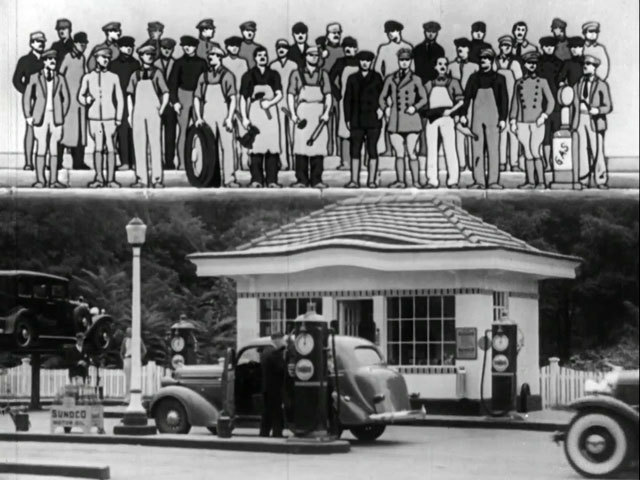 Dramatized documentary supporting workplace mechanization. Men and Machines argues that the introduction of labor-saving machines results in cost savings and more leisure time for Americans. The concluding narration accompanies a montage of consumer goods and reminds viewers that “we Americans are sitting on top of the world.”

Note: The film was distributed in a multimedia package as part of the “Business Facts Program” for employers. Also released in 16mm. Remade in 1947.