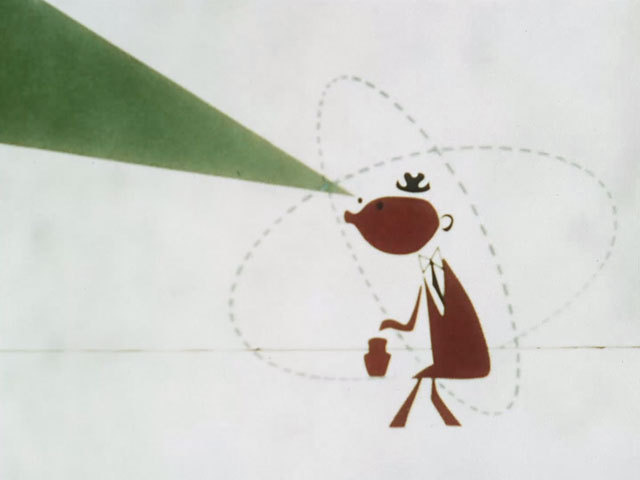 Film sponsored by the radio network to assert the continued relevance of radio advertising at a time when television was emerging as a major broadcast medium. More Than Meets the Eye visualizes sound through symbols and was lauded by Modern Industry as borrowing effectively from abstract art.