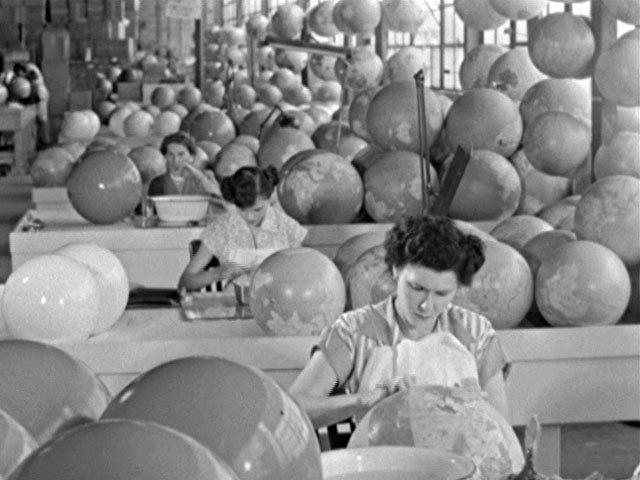 The Industry on Parade series portrayed the nation’s industrial sector during the 1950s. The films strove for a broad representation of American enterprises and even included profiles of mom-and-pop operations. This episode covers the process of mapmaking, from surveying and seismographic measurement to the manufacture of globes and raised-relief maps.