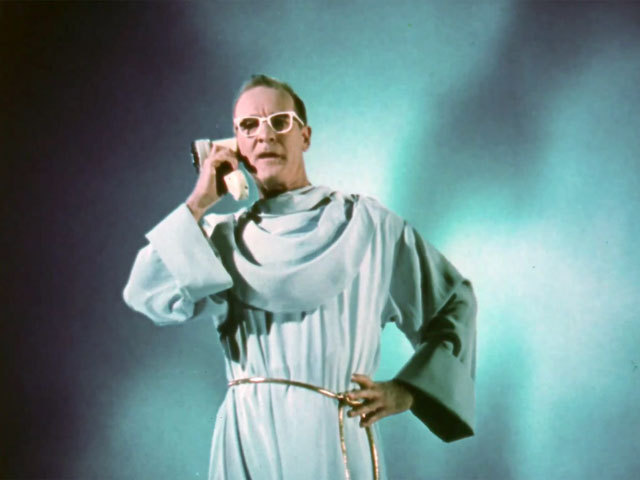 Glossy musical made to promote color “decorator” telephones. The short tells the story of newlyweds whose honeymoon must be delayed until the husband completes a new song for his client. As the husband struggles with writer’s block, his wife dreams about a remodeled home with color phones in every room, from the bedroom to the kitchen. Fortunately the telephone dial clicks provide the needed musical inspiration for the husband, and the couple jubilantly sing his new song “Castle in the Sky” as they dance out the door.

Note: This delightful film, produced in Technicolor and Superscope, exemplifies the enthusiasm and excess of mid-1950s advertising. Local telephone company offices distributed sheet music for “Castle in the Sky,” written by Richard Pribor, with lyrics by Al Stewart. Also distributed in 16mm.