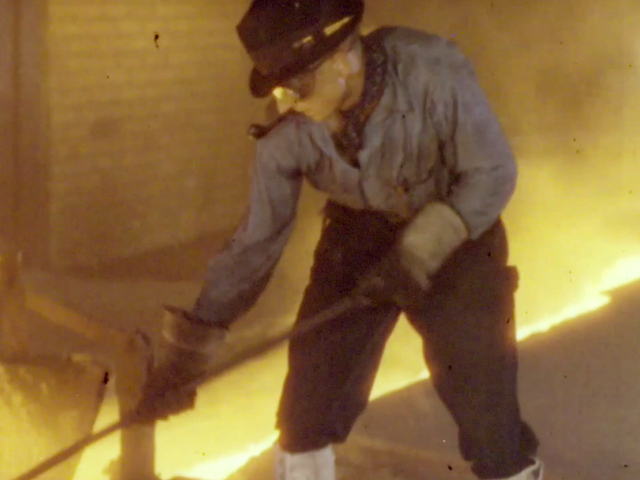 Highly praised industrial film showing the production of steel. Steel: Man’s Servant was shot in U.S. Steel mines and mills in Illinois, Indiana, Ohio, Minnesota, and Pennsylvania and was considered by documentarian Pare Lorentz “the most beautiful color picture ever made” (Business Screen 1, no. 2).

Note: Produced in 35mm three-strip Technicolor at a cost of $250,000. Steel: Man’s Servant was shot in ten weeks and became the company’s major informational film, replacing the six-reel Story of Steel (1926). Steel: Man’s Servant was distributed in many versions: a 16mm Kodachrome version; a theatrical short called Men Make Steel (10 minutes); a black-and-white version for industry viewers (80 minutes); and two other black-and-white versions (66 and 38 minutes). All told, it was reported to have been shown to nearly 10 million viewers during two decades of distribution (Business Screen 21, no. 3). Roland Reed Productions was the industrial film branch of the Hollywood studio Selznick International Pictures.