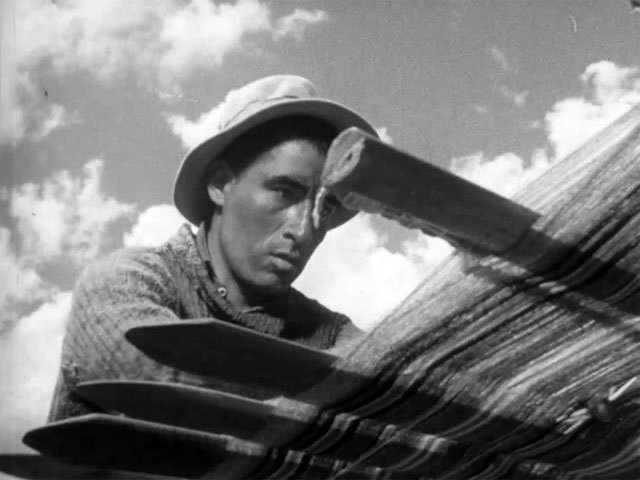 Internationalist film exploring the economic and political importance of Latin America to the United States. A document of the “Good Neighbor Policy” era, The Bridge shows the endemic poverty and recent industrialization of Latin America and looks to such postwar advances as air travel, the “bridge” that will eventually link the United States with its neighbors to the south. The New York Times quoted Willard Van Dyke as saying, “We cannot expect to do much trade with South America in the long run if we do not help our Southern neighbors develop a buying power.”