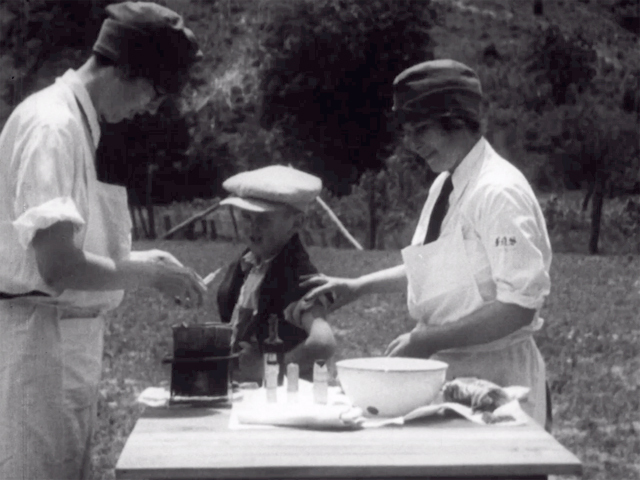 Documentary about the Frontier Nursing Service, founded in 1925 to bring medical and dental care by horseback to Kentucky’s isolated mountain communities. In The Forgotten Frontier, which was shot near Wendover, Kentucky, locals reenact moments when frontier nurses came to their aid. The film shows the nurse assisting in childbirth, inoculating schoolchildren, and transporting a shooting victim to a doctor for emergency surgery.

Note: Selected for the National Film Registry. Mary Marvin Breckenridge was originally employed by the service. Later in 1931, she produced the promotional film She Goes to Vassar. For more information on the Frontier Nursing Service, see “School History,” the Frontier Nursing University, www.frontier.edu/about-frontier/school-history.