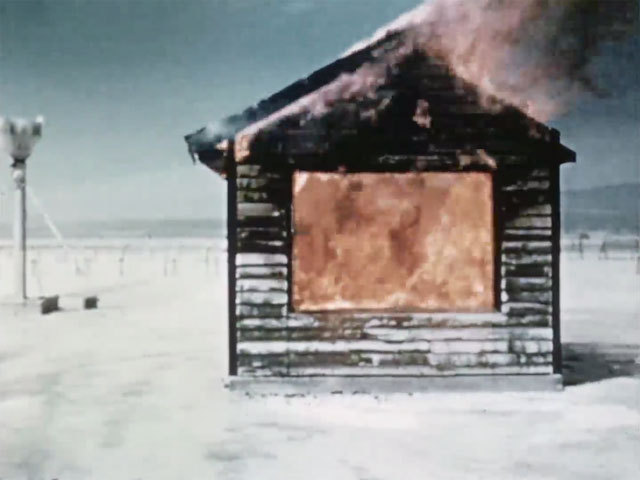 Civil defense film promoting the well-maintained house as part of America’s line of defense against nuclear attack. Cosponsored by the paint and coating industry’s national trade association and the federal government, The House in the Middle uses footage shot at the Nevada Proving Ground (now the Nevada Test Site) to demonstrate how a clean, freshly painted house has the survival edge in the event of a nuclear blast.

Note: Released in 16mm Kodachrome and in black and white. Abridged version for television broadcast. Selected for the National Film Registry.