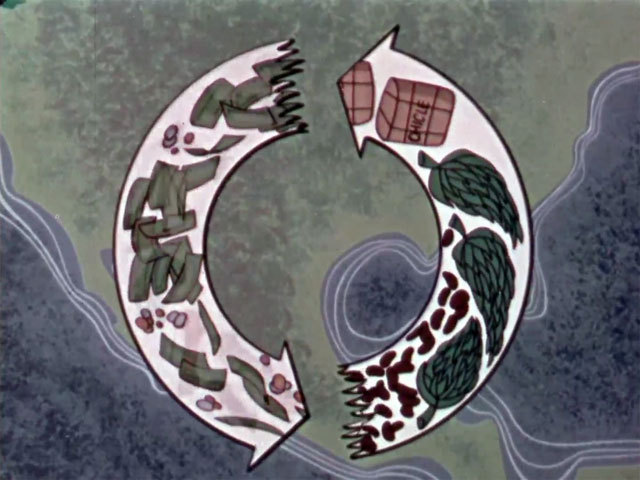 Short sponsored by the United Fruit Company to blunt “communist propaganda claims” in the American and Latin American press. Using animation and live action, the short describes the benefits of the “living circle” of interdependent trade between Central America and the United States.

Note: The companion to Bananas? Si, Señor!, The Living Circle was reportedly seen by more than 17 million viewers during its first eight months of release. Both films were distributed with Spanish sound tracks for Latin American audiences. Produced in Eastmancolor.