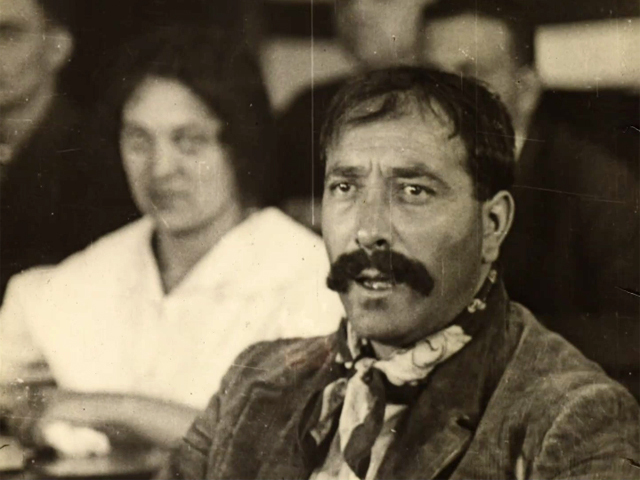 The Making of an American (1920)
Sponsor: Dept. of Americanization, State of Connecticut. Production Co.: Worcester Film Corp. Director: Guy Hedlund. Transfer Note: Scanned at 24 frames per second from a 28mm print held by the Library of Congress. Running Time: 10 minutes.

Docudrama encouraging immigrants to master English and become successful, assimilated Americans. In the story the poor English-language skills of an Italian immigrant limit his employment possibilities and lead to an on-the-job accident. Learning from his experience, the immigrant puts himself through night school, lands a factory job, advances to foreman, and becomes a community leader. The film includes scenes shot at the Hartford Rubber Works Co.

Note: According to Jan-Christopher Horak, The Making of an American was shown to more than 100,000 people in 1920. Selected for the National Film Registry.