The Middleton Family at the New York World’s Fair (1939) 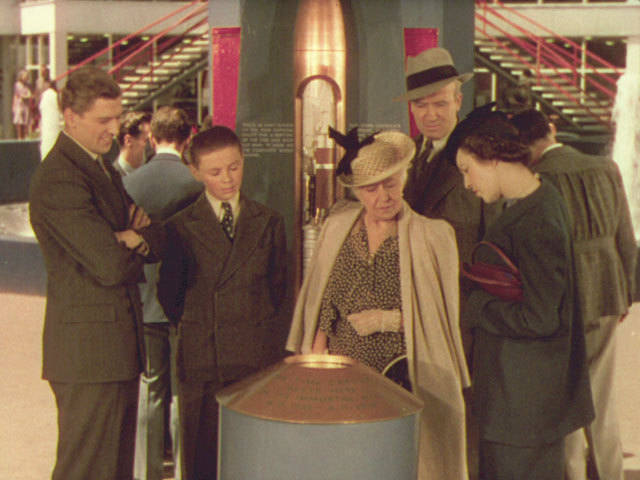 Drama illustrating the contribution of free enterprise, technology, and Westinghouse products to the American way of life. The Middleton Family at the New York World’s Fair pits a bohemian artist boyfriend against an all-American electrical engineer who believes in improving society by working through corporations. In experiencing together Westinghouse’s technological marvels at the fair, the family win back their daughter from her left-leaning boyfriend. Among the memorable moments are the dishwashing contest between Mrs. Modern and Mrs. Drudge; Electro, the smoking robot; and the Westinghouse time capsule.

Note: The film was based on a story by G.R. Hunter and Reed Drummond. Thomas Pryor reported that the film’s budget was $70,000 to $100,000. Released in 35mm Technicolor and 16mm Kodachrome prints. Also known as The Middleton Family at the World’s Fair.