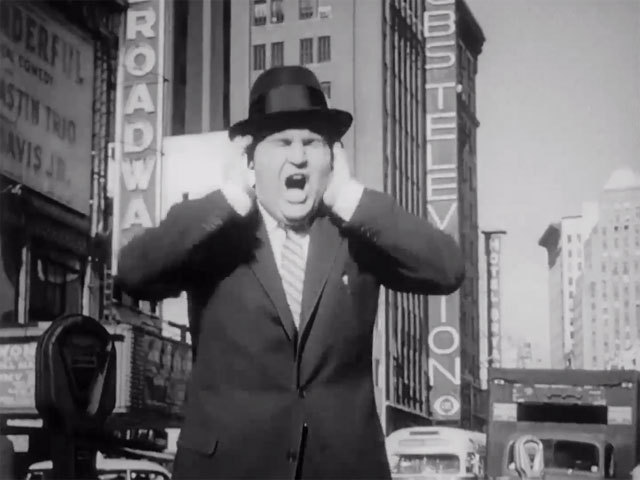 Medical film sponsored by the Philadelphia-based pharmaceutical firm to illustrate how obesity affects the performance of simple everyday tasks. This unusual short made for physicians shows the struggle of an overweight traveler ascending the stairs at Pennsylvania station and trying to enter a phone booth to make a call. Fed up and exhausted, the man seeks medical advice.