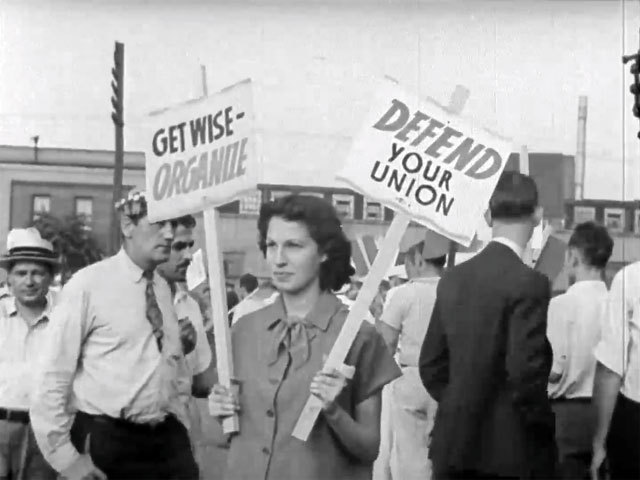 Documentary about the 1938–39 Tool and Die Makers strike affecting eight General Motors plants. Told from the point of view of the strikers, the film shows the picket lines and Detroit police and ends with a question to Henry Ford: “Want to know who’s next?”

Note: The UAW called the strike to secure its position after it split from the American Federation of Labor. The Tool and Die Makers were a key group because their work was necessary for the first phase of production. The UAW claimed victory when GM signed a general wage agreement, thereby recognizing the union. For more information on the strike, see Kevin Boyle, “Rite of Passage: The 1939 General Motors Tool and Diemakers’ Strike,” Labor History 27 (1986): 188–203. The film is also known as United Action and United Action for Victory.