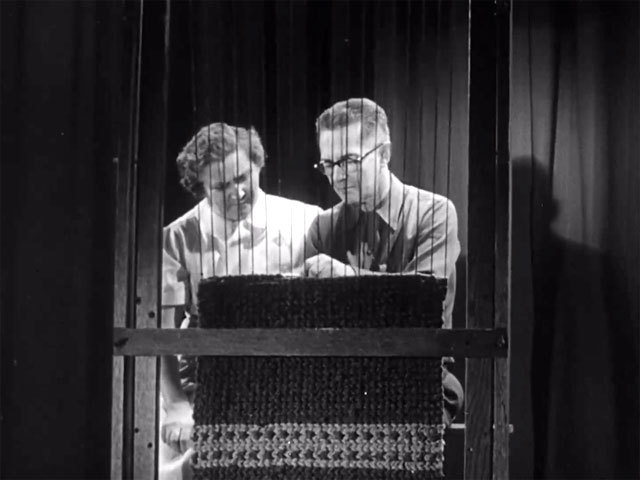 Institutional profile of Manteno State Hospital in Illinois. Produced for health care workers, Working and Playing to Health shows the mental hospital’s occupational, recreational, and industrial therapy programs. One of the largest facilities of its kind in the United States, in 1953 it treated some 7,900 patients with illnesses ranging from schizophrenia to Parkinson’s disease.

Note: Received a Golden Reel Award from the American Film Assembly in 1954. For more about the hospital, see the Manteno Project.