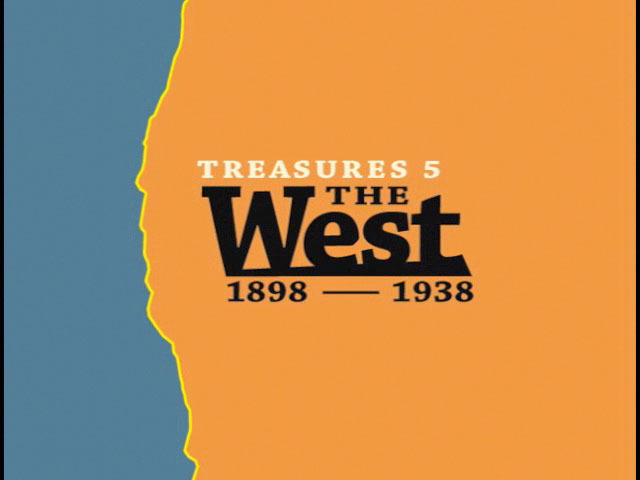 Before High Noon, Unforgiven, and True Grit, there was a wider, wilder West on film. Preview a sample from Treasures 5: The West, 1898-1938, the latest in the award-winning DVD series from the NFPF. This is the early west as it's never been seen before on video.

The 3-disc box set showcases the diverse, open terrain of the first Westerns, as well as educational films, newsreel stories, home movies, travelogues, product ads, historical reenactments, and government promotional films. The 40 films come from America's major early film collections and the New Zealand Film Archive. None has been available before on DVD.

All films have commentary and are described in program notes. Many thanks to the archives and experts who worked with us to produce this set. Already wonderful reviews (New York Times, Los Angeles Times, and The Onion's A.V. Club) are coming in. Happy trails!