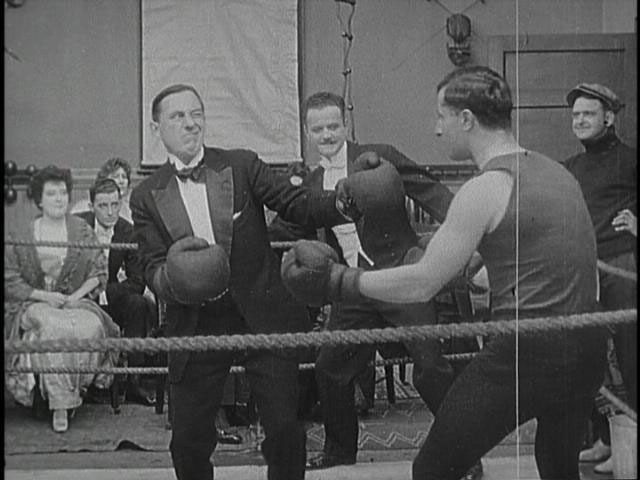 Sidney Drew, an accomplished vaudevillian and writer of light comedies, moved to film in 1911. A member of the Barrymore acting dynasty (he was the uncle of John, Ethel, and Lionel Barrymore), Drew found success at Vitagraph, and after the death of his first wife, married Lucille McVey, a scriptwriter at the studio. They soon formed the team of “Mr. and Mrs. Drew” and starred together in nearly 150 marital comedies. Though not credited, Lucille McVey was widely known as the co-director, producer, and all-around collaborator on the films. “I believe she’d like to paint the furniture and make the costumes if she could,” her husband joked in a 1919 interview in Motion Picture Magazine.

Al Christie, whose company produced Why Husbands Flirt, singled out the Drews as exemplars of “situational comedy,” film stories that put realistic characters in humorous situations with which the audience could relate. In a piece published in the 1917 Moving Picture World, Drew distanced himself from “pie-in-the-face”-slapstick of directors like Mack Sennett: “Humorous action does not mean gross horseplay…There are many who prefer knockabout work, but since there is a field amply able to support an appeal to more refined intelligence, we cater to that clientele and find it profitable.” Indeed the Drew’s drawing-room comedies were profitable, making the couple a hot commodity in Hollywood. After two years at Vitagraph, they were given their own “Drew Comedies” unit at Louis B. Mayer's newly founded Metro Pictures.

By Might of His Right, one of their final films at Vitagraph, premiered in December 1915, just after the move was announced. The comedy shows what happens when a boorish houseguest overstays his welcome. Henry’s brother-in-law takes to stealing his chair and cigarettes but the last straw comes when, in a display of boxing prowess, he knocks his host out cold. Like so many Drew comedies, Henry uses his wiles to beat his foe at his own game. Every viewer could relate to efforts to extract an unwanted guest but only the movies could find such a satisfying solution.

Sidney Drew’s sudden death in 1919 brought an end to the successful franchise. Although she never enjoyed the same success, Lucille McVey Drew continued to act and direct films until her death in 1925. —Leslie Lewis

(Thanks to Dimitrios Pavlounis, a graduate student of Richard Abel at the University of Michigan, for his informative paper about this film.)

About the Preservation
This film was preserved under the direction of George Eastman Museum from a tinted 35mm nitrate print found in 2010 at the New Zealand Film Archive. The work was funded by the National Film Preservation Foundation.