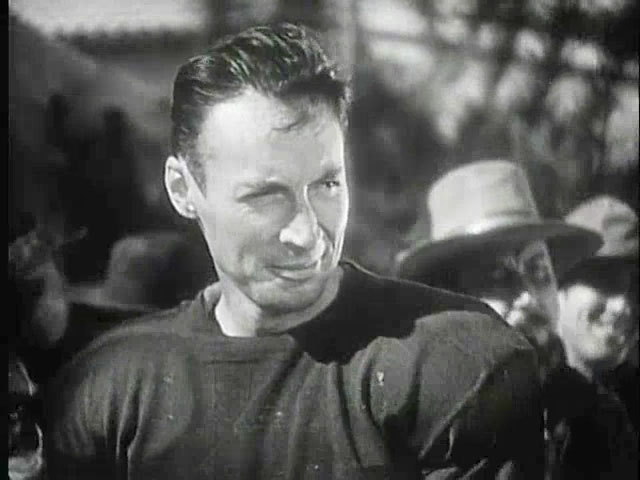 Greeted with a mixture of blind appreciation (“What’s the use of being critical when you have had your money’s worth of honest fun out of a picture?”) and withering criticism (“A careful analysis would bring tears of pain to graduate eyes”), Hold ’Em Yale was the first of three films released by DeMille Pictures in 1928 that paired director Edward Griffith and star Rod La Rocque. The film was adapted from a 1906 stage play, At Yale, written by Pulitzer Prize–winning playwright Owen Davis and heavily modified for the screen by writer George Dromgold. Jaime Emmanuel Alvarado Montez (La Rocque), a young man from “the Argentine,” heads to Yale University at the behest of his father. He finds success on the football field and love in the arms of a professor’s daughter, but must constantly evade a police detective convinced that the collegian is a wanted criminal.

Davis wrote more than 200 plays in his career; when he published his autobiography My First Fifty Years in the Theater in 1950, the New York Times noted that Davis “still stands unchallenged as the nation’s, if not the universe’s most prolific and produced playwright.” He adapted a number of notable books into popular plays, including The Great Gatsby, The Good Earth, and Ethan Frome, and was awarded the Pulitzer Prize for Drama in 1923 for his play Icebound. It’s unclear whether At Yale was ever performed, but the story provided a useful starting point for adaptation to the screen.

Director Edward H. Griffith began his career acting and writing, and eventually directing, for the Edison Co. in 1915. He directed numerous films for De Mille in the 1920s, and made a successful transition to sound pictures in the 1930s, directing several romantic comedies starring Madeleine Carroll and Fred MacMurray.

Rod La Rocque, a reliable De Mille player since his starring role in The Ten Commandments in 1923, managed to find success with leading roles in dramas and adventure films throughout his career, and surprised critics with his ability to play comedy in Hold ’Em Yale while retaining his “inherent elegance.”

In the film’s climax, Montez has a chance to prove himself to his girl and his classmates at the all-important Yale-Princeton game at the Yale Bowl. Stock shots of the Bowl, filled with 70,000 football fans, are intercut with close-up sequences of Montez and his teammates. According to a New York Times note published during the production of the film, “The famous Yale Bowl, the first of the huge football stadiums, makes its screen début as a setting for a motion picture” in this film.

Hold ’Em Yale suffered in critics’ eyes as a just another entry in a glut of college-themed films, a craze that had exploded with the release of Harold Lloyd’s The Freshman in 1925. By 1928, at least a dozen “college pictures” were being released each year, and Hold ’Em Yale seems to have been lost among the flood. As Film Daily’s review complained, “When Davis wrote this one, the college stuff was fairly new, but with the deluge of collegiate films lately, the stuff is not so hot.” In its summary, the review claimed that the film “[m]isses plenty with rehash of the collegiate hero stuff that is mostly unconvincing.” Judged on its own merits, though, the film is solidly entertaining, with some surprisingly funny slapstick sequences. Led by Rod La Rocque’s charming comedic turn, Tom Kennedy as the confused detective, and the antics of a pet monkey, Hold ’Em Yale is, as one reviewer put it, “a farce so good one easily forgives the triteness of the tale.” —Brian Meacham

About the Preservation
Hold ’Em Yale was preserved in 2012 at Film Technology Company, Inc. from a 35mm tinted nitrate release print provided by the New Zealand Film Archive. The work was supervised by Sony Pictures Entertainment in collaboration with the Academy of Motion Picture Arts and Sciences and funded by Sony as part of the NFPF’s Save America’s Treasures project, a partnership between the National Endowment for the Arts and the National Park Service, Department of the Interior. A special thank you to Sony for enabling us to stream this title!

Yale University plans a screening of the new print for Hold ’Em Yale on Friday, November 14, a week before the 100th anniversary of the Yale Bowl. Donald Sosin will contribute the music.