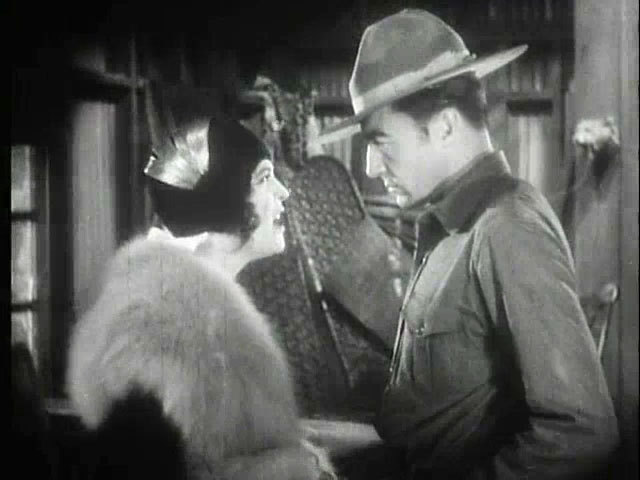 Flush with the success of The Ten Commandments and feeling underappreciated at Paramount, Cecil B. De Mille broke with the company he had helped create and set up his own studio in 1925. He lavished funds on his expensive hits King of Kings and The Volga Boatmen, which De Mille directed himself. But most of the studio’s other features boasted far lower budgets and were made by less famous directors to fill out the second half of the double bill. Midnight Madness is typical of these workmanlike B programmers. It was made with such an eye for economy that the Los Angeles Times reported that director F. Harmon Weight “required only 30,000 feet of film to photograph his story” instead of the usual “80,000 to 150,000 feet” needed for pictures of that kind.

The melodrama is a 1920s riff on The Taming of the Shrew starring Jacqueline Logan (the scandalous Mary Magdalene of King of Kings) as fortune hunter Norma Forbes and Clive Brook as her tamer, mine magnate Michael Bream. The action begins in New York City, where Bream has taken samples from his latest strike to a diamond broker, John Childers (Walter McGrail), Norma’s boss. Norma has set her cap on the unsavory Childers, who laughs off her affection and pairs her up with his love-struck client. At midnight, Bream proposes and—mainly to spite her boss—Norma accepts. Happiness is short-lived, however. The next day the bridegroom spies his fiancée conspiring with Childers and decides to put her to a test. Feigning poverty, he whisks her off to his wilderness claim in South Africa. The angry bride meets hardship with a show of disdain. Only when her husband’s life is threatened do Norma’s true colors show through and Bream reveals the truth.

Midnight Madness was hyped as suspenseful (“If you like mystery—and who doesn’t?—you’re going to like this one sure” claimed the ad in Picture-Play Magazine), but reviewers found it fell “a little flat.” Shot largely on sets, the exteriors looked more like southern California than deepest Africa and the marauding lioness appeared decidedly docile. Like so many of the other 53 features from DeMille Pictures, it was lucky to recoup its production costs. The feature was among the last releases from the studio.

Seeing the handwriting on the wall, De Mille sold his stake in the studio and signed with MGM. In 1931, he returned to Paramount where he worked as a highly successful director for the remainder of his career.

About the Preservation
Midnight Madness was preserved in 2012 at Film Technology Company, Inc. from a 35mm tinted nitrate release print provided by the New Zealand Film Archive. The work was supervised by Sony Pictures Entertainment in collaboration with UCLA Film & Television Archive and funded by Sony as part of the NFPF’s Save America’s Treasures project, a partnership between the National Endowment for the Arts and the National Park Service, Department of the Interior. A special thank you to Sony for enabling us to stream this title!

For a film-by-film account of De Mille’s work, see Bob Birchard’s Cecil B. DeMille's Hollywood (2004). Thanks to Bob for contributing information for this note.