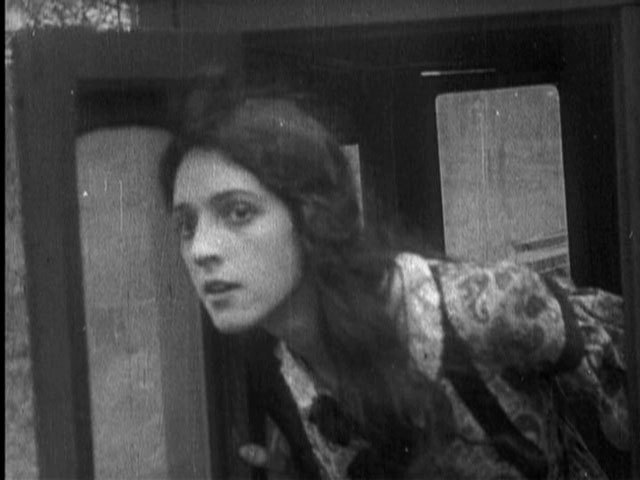 The Civil War became a remarkably popular backdrop for fiction films in the years from 1911 to 1915, when on average a film set in the Civil War years was released every week. The reason is not hard to guess. Fiftieth anniversary memorials and reenactments were then everywhere. The Confederate Ironclad, a grand-scale one-reeler, was released by the Kalem Company in 1912, fifty years after a celebrated event from which it drew inspiration: the 1862 battle between two ironclad gunships, the Monitor and the Merrimack.

Kalem was easily the most adventuresome early U.S. film company in seeking locations, taking trips in 1910 and 1911 to Ireland and a trip in 1912 to the Middle East (returning from the latter with footage for the early feature From the Manger to the Cross). Over the same weeks in 1912, another unit at Kalem’s Jacksonville, Florida, studio shot The Confederate Ironclad and other Civil War subjects.

The earliest Civil War films almost invariably took the Northern soldiers’ point of view, and Kalem’s (now lost) Escape from Andersonville (1909) provoked particular com­­plaint from Southern theater owners. The company soon learned how to use its Florida locations for films that could have Southern heroes without alienating the majority North­ern audience. The tricky balance accounts for the spirit of The Confederate Ironclad, which celebrates a fictional Southern victory while being curiously “generous”—as an intertitle puts it—to its female Northern agent, who has burned railway bridges and brought many deaths. She is allowed to ride off on horseback, with a Union officer clutching on behind her.

Kalem films were populated with tough heroines, beginning with the Girl Spy series of 1909. The most effective warriors in The Confed­erate Ironclad both wear dresses. These two heroines, the “Southern sweetheart” and the “Northern girl spy,” are equally resourceful, attractive, and nobly motivated. The Northerner is played by the Swedish Anna Q. Nilsson, who was briefly married to Guy Coombs, who plays the gullible Southern soldier.

One suspects that the availability of the impressive “Confederate ironclad”—perhaps a replica of the Merrimack created for an anniversary reenactment—prompted this drama to be built around it. In the
film as in history, the Southern ironclad easily defeats wooden gunboats, and as in the battle with the Monitor, spectators watch from the safety of the shore. Whereas the Civil War one-reelers of D.W. Griffith went for a tragic spirit, The Confederate Ironclad was sold on its spectacle: “See the great battle between the Confederate Ironclad and Union Gun­boats and the explosion of the car loaded with ammunition!” Although most notable for its early music score, The Confederate Ironclad still holds up in its confident mix of close-up intimacy and large-scale military action. —Scott Simmon

About the Music
This film is of historic musical significance. Its score belongs to the earliest series of fully written-out American film scores known to survive. In 1912–13, Kalem commissioned and published about two dozen piano scores, which were distributed for twenty-five cents each to as many theaters as cared to use them. The Confederate Ironclad is one of two in the Kalem series for which both the film and the music survive complete.

The composer was Walter Cleveland Simon (1884–1958). Already an experienced vaudeville pianist, from 1912 Simon applied his talents to the art of motion-picture accompaniment, on both piano and organ. The score for The Confederate Ironclad is typical of the Simon style in that it is filled with a broad variety of short pieces, all cued carefully to on-screen intertitles and events. Some of the pieces are quite lyrical, especially those for the first half of the film (including songs by other composers, such as “Good-By Rose” and “Dixie Rose,” whose titles lent themselves to the film’s Southern heroine, Rose). During the film’s second half, which features battles on land and water, the music be­comes similarly action packed. There are some striking piano imitations of train sounds, as well as rousing marches (including a climactic one based on “Auld Lang Syne”). The whole score is a highly effective example of what the best early film pianists could achieve, when they watched such well-made one-reelers closely and molded their music to fit them. —Martin Marks

The Civil War Films of the Silent Era DVD (Image) collects three films produced by Thomas Ince: The Drummer of the 8th (1913), Grand­dad (1913), and The Coward (1915). Another of the Kalem Company’s resourceful heroines is at the center of “The Wild Engine” (1915), an episode of The Hazards of Helen included in the More Treasures from American Film Archives DVD set.

Anna Q. Nilsson switched sides and played a cross-dressing Confederate spy in Kalem’s The Darling of the C.S.A. (1912), which was recently preserved through the NFPF’s repatriation partnership with the EYE Filmmusem in Amsterdam.