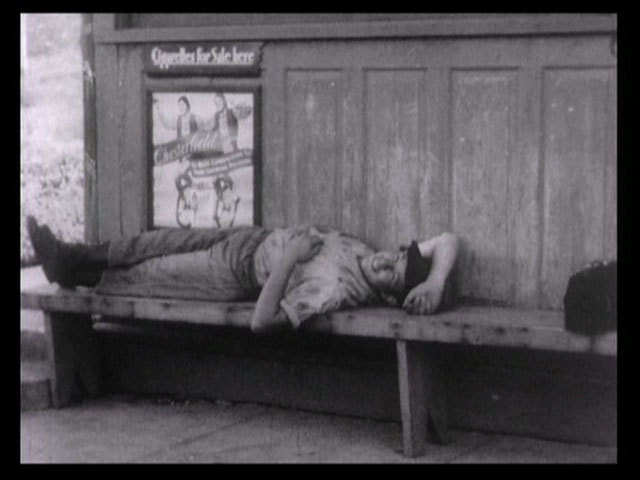 Amateur filmmaking captures lives and communities overlooked by professionals. Cologne: From the Diary of Ray and Esther is a superb example of how home-movie practice can produce a widely revealing social documentary.

Filmed in 1939 by the town doctor, Cologne is a personalized portrait of a farming community that merited only a single sentence in the WPA’s 1938 guidebook to Minnesota: “COLOGNE (945 alt., 355 pop.) is a German community named for the ancient city on the Rhine.” Dr. Raymond Dowidat and his wife, Esther, arrived in 1937 for his first practice after internship, and the impulse for the film seems to have arisen from their desire to document Cologne before they moved on to his next position in Minneapolis.

The film is “amateur” but highly crafted, tightly edited, and not at all naive. It is unified by the clever conceit of Esther’s diary entries, dated July through September 1939, which serve as most of the silent film’s intertitles. (Many amateurs had titles professionally photographed, as in The Zeppelin “Hindenburg”, but others took a homemade approach, as did Rev. Snod­grass with his sermon-board titles in West Virginia, the State Beautiful.) Cologne’s thoughtful, canny structure begins with bucolic dairy farms and grain harvests and moves steadily toward quirkier aspects of this particular community. Indeed, Dr. Dowidat’s posi­tion in the town, as an outsider who had come to know it well, allows the film both obvious love for the community and a certain distance from it. There is affectionate wit to the sequence demonstrating that Cologne was “at one time” an important railway stop. But there is some irony, and darker visuals, in the intimate final sequence about the role of saloons in the social life of a town populated by the descendents of German settlers. “In Cologne, everybody drinks beer,” Esther’s diary tells us, and the town doctor could hardly have missed the less happy results. The diary’s closing reference to “bitter” memories goes unillustrated. —Scott Simmon

About the Music
For this finely made amateur film, choosing music was not difficult. The recurring principal theme is the hymnlike “Hail! Minnesota,” written by Truman Rickard circa 1904 and adopted as the state song in 1945. The other principal pieces used, in order of ap­pearance, are the first movement of Mozart’s Piano Sonata in A Major, K. 331 (for the opening scenes of the town and its environs); Victor Herbert’s “Indian Summer” (the duck pond); the third movement of Beethoven’s Piano Sonata in F Major, op. 10, no. 2 (inside the mill); Michaelis’s “The Blacksmith in the Woods” (the mayor at his anvil, etc.); Abe Holzmann’s march “Blaze Away” (the fire department parade, etc.); Johann Strauss’s “Galop: Die Bajadère” (making turtle soup, etc.); and the familiar drinking song “There Is a Tavern in the Town” (“In Cologne, everybody drinks beer.”).

The greater challenge was to put this music together so as to do justice to the film’s compelling narrative and artful montage. Mozart’s piano music seemed a good way to begin, in keeping with the film’s “classical” style. Thereafter the goal was to follow the many shifts of mood, while fusing the segments into a convincing musical whole. —Martin Marks

About the Preservation
The original 16mm film was rediscovered by Adelle Johnson, the filmmakers’ daughter. She was surprised to find it something more than a family movie and donated it to the Minnesota His­tor­ical Society, which made new preservation copies of the fragile ace­tate film in 1999 through Treasures of American Film Archives funding.