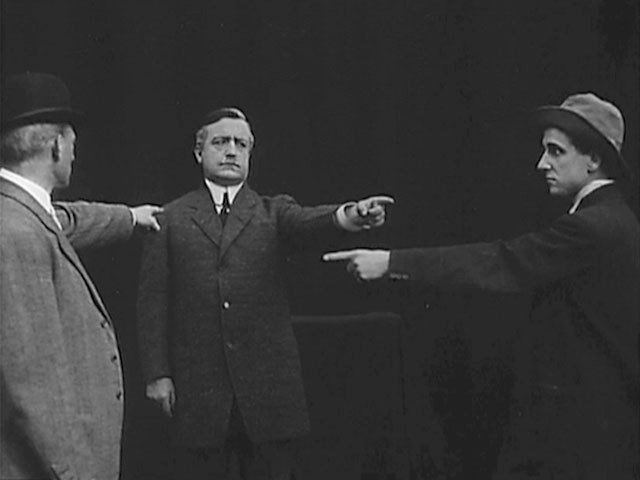 The Crime of Carelessness is a response to arguably the worst tragedy—or crime—in American labor history: the March 1911 fire at the Triangle Waist Com­pany, in which 146 workers died, mostly girls and women in their teens and early twenties. Not until 9/11 would there be a deadlier workplace disaster in New York City.

The Triangle plant, located in a 10-story building just off Washington Square in Greenwich Village, was a relatively modern garment factory, specializing in “waists,” or shirtwaists (the woman’s blouse that, worn with a skirt, had liberated fashion since the 1890s). The company had been in the news in 1909 for its two owners’ unyielding resistance to demands—including for improved working conditions—made in the shirtwaist workers strike, known in labor history as the “Uprising of the Twenty Thousand” and notable for its young, immigrant female leaders. Investigations after the Triangle fire revealed extraordinary safety failures, including at least one locked exit door and a fire escape that collapsed under the weight of fleeing workers. The public outrage was reflected in the 100,000 who walked to the funeral, on a drizzly day, amid the black umbrellas of 250,000 additional spectators. The seven unidentified victims were laid to rest with services in three faiths: Protestant, Catholic, and Jewish. It was, the New York American reported, one of the “most impressive spectacles of sorrow New York has ever known.”

There was a scramble to fix responsibility. “BLAME SHIFTED ON ALL SIDES FOR FIRE HORROR,” ran a New York Times front-page headline. Alongside city and state commissions came this fiction-film response from the National Association of Manufacturers, a trade lobby founded in 1895 and still active today. In 1912, when The Crime of Carelessness was released, the association represented some 4,000 manufacturers and was relentless in its antiunion, “open shop” crusades. The film, a collaboration with the Edison company, was provided for screening at no charge except for shipping, along with other titles in which the association had a hand (including An American in the Making). According to the association’s brochure, its films were shown “in fully 7,500 theatres all over the country” and “have been particularly effective in bring­ing home useful lessons.” Lecturers sent out by the association would often accompany the films to reinforce the “industrial betterment” philosophy behind them: “Without complete and cordial co-operation on the part of employer and employee the prevention of industrial accidents is impossible, [and] the elimination of fire waste is impracticable.”

The Crime of Carelessness tells the story of a workplace fire at a textile mill without reference to any specific company or city, but the parallels with—and rewritings of—the Triangle situation are striking. The film begins with a shot of a safety inspector warning the owner about a blocked fire door—and apparently not writing up the violation—after which the story centers on a couple at the mill who are planning their marriage, Hilda (Mabel Trunnell) and Tom (Barry O’Moore, known as Herbert Yost when he began his film career under D.W. Griffith at Biograph). Tom is a chain smoker, who ignores both Hilda’s admonitions and a reprimand from the owner, who points out the POSITIVELY NO SMOKING sign. There are fair parallels here with the situation at Triangle, where no-smoking signs were posted on every floor in English, Italian, and Yiddish. The policy was often ignored by the more privileged “cutters” (generally men, who were responsible for making accurate cuts through many layers of cloth). Investigations after the Triangle fire concluded that it probably started when a cutter tossed a match or cigarette into a scrap bin of cotton (which can be explosively flammable), as loosely re-created in the film. Tom proves both culprit and hero, in risking his life to break through a wall when the fire exit is blocked and then in returning to the flaming building to rescue Hilda. The path he takes is unclear, but to save her, Tom has to carry Hilda down a freight elevator, which was also one of the few escape routes in the Triangle fire.

The film thus apparently strives for accuracy and fair-mindedness, but with a revealing shift of emphasis—away from the owners, who in the Triangle case were vilified in the press and public rallies. The film focuses instead on the worker’s carelessness, on how his thoughtless act brings unemployment, poverty, and his own near-suicidal despair. The “crime” of the title seems primarily his. Tattered former workers shun him on the streets while Hilda, disabled from her injuries, folds away her unused wedding dress and moves with her parents to a dingy apartment, where she ekes out a living tying artificial flowers. She has a stark, symbolic vision—“Her reasoning,” an intertitle explains—of the three representative men pointing in a round-robin of accusations, an image captioned in the National Association of Manufacturers’ publicity: “Who is responsible? The youth who disobeyed the rules, the inefficient inspector, or the owner?” In the film’s happy ending, the owner has a revelation that he too bears some responsibility, if only after Hilda comes on crutches to confront him. He writes to Tom with a job offer: “We are both to blame…. I am sure we have both learned our lesson.”

The chief problem with all of this “complete and cordial co-operation” is that the true responsibility for the Triangle deaths was so clear that the film’s reasonable tone comes across as self-protective spin. In the film version, everyone is to blame—which is to argue that no one really is. Missing are such features of the Triangle fire as the fire hoses with no water pressure, the exits leading only to dead ends, the flimsy fire escapes, and the overcrowded working conditions.

Fires were such frequent events at textile plants that planning for them was routine. The two Triangle owners, however, had a history of planning for fires by purchasing ever larger insurance policies. They were classified in the insurance industry as “repeaters” for having collected on previous large claims. By the time of this film they had been acquitted of all criminal charges in the Triangle case, thanks mainly to the judge’s ruling that it had to be proved that they knew the fire exit door was locked. They paid nothing to victims’ heirs despite collecting far more in insurance than actual losses. One of the owners was convicted the year following this film of knowingly locking a fire door in another factory—and fined $25. As a final indignity, in 1914 their Triangle Waist Company was caught sewing in counterfeit “NATIONAL CONSUMERS’ LEAGUE” labels, which certified that garments were “made under clean and healthful conditions.” —Scott Simmon

About the Music
The score for The Crime of Carelessness stitches together several pieces published between 1911 and 1917 that were readily available to movie pianists at the time. Two are of particular importance. G.H. Clutsam’s “Dramatic Prelude” (from vol. 4 in the British series Metzler’s Original Cinema Music, Metzler, 1914–20) is the suspenseful music that accompanies the buildup to the factory fire. With two jagged melodic motives, both full of dramatic leaps and dark minor-key harmonies, it provides a portentous undercurrent for the opening titles and the factory scenes. The piece also rings out at the climax when Hilda accusingly points at the factory owner. As he acknowledges his culpability, the prelude finally comes to rest in a major key. “Let Me Call You Sweetheart” (words by Beth Slater Whitson, music by Leo Friedman; Harold Rossiter, 1911) accompanies the romantic scenes between Hilda and Tom and returns at the end, when Hilda surprises her lover with good news. A sheet music hit, the song sold nearly 5 million copies and would have been recognized by the audience as an appropriate choice.

The fire, of course, receives action-packed period music in the best agitato tradition. It is followed by a lament from the second movement of Robert Schumann’s Piano Quintet op. 44 (1842), arranged by Otto Langey and published by G. Schirmer in 1915 (reprinted in Motion Picture Moods in 1924). Langey titled the arrangement “Andante pathétique no. 1: Prison Scene, Intense or Dramatic Situations, Deep Emotions,” and the musical style is that of a dark-toned funeral march in the first strain, followed by an achingly beautiful, glowing melody in the second. The funeral music begins immediately after the fire and continues until Tom writes to Hilda. Schumann was committed to liberal causes, and the second strain lends Hilda emotional fortitude as she struggles on crutches to confront the factory owner. —Martin Marks

About the Preservation
The Museum of Modern Art preserved The Crime of Carelessness from the original negative. In 2006, a 35mm viewing copy was made for this DVD project with the support of the National Film Preservation Foundation.

For a fascinating counterpoint to the pro-business argument by the National Association of Manufacturers in The Crime of Carelessness, see another 1912 Edison film, Children Who Labor. Children Who Labor was sponsored by the National Child Labor Com­mittee, whose argument is emblematized by the film’s first shot: Children trudge to a factory under the impassive gaze of Uncle Sam as smoke in the dark sky forms the word greed.