In 2006 the National Film Preservation Foundation published The Field Guide to Sponsored Films by Rick Prelinger. Made possible by a grant from the Mellon Foundation, this annotated filmography singles out 452 sponsored films of particular historical, cultural, and artistic interest from the more than 300,000 thought to have been made. From animated propaganda in Technicolor to a call for racial tolerance from Frank Sinatra, these films often go overlooked in the study of film history. Made by corporations, schools, medical organizations, religious groups, political entities, and more, these films were produced to record, orient, train, sell, and persuade.

Calling attention to these films was the first step. Because most films in the guide are unavailable for study and those that can be viewed are often available only in subpar viewing quality, the NFPF has partnered with the Library of Congress and the Internet Archive to make 159 films featured in the guide available for viewing, with most also available for free download. Also contributing to this digital access project are Anthology Film Archives, A/V Geeks, George Eastman Museum, Hagley Museum and Library, The Museum of Modern Art, National Archives and Records Administration, Northeast Historic Film, Orgone Archive, Prelinger Archives, Smithsonian's National Museum of American History, UCLA Film & Television Archive, and USC School of Cinematic Arts Hugh M. Hefner Moving Image Archive. 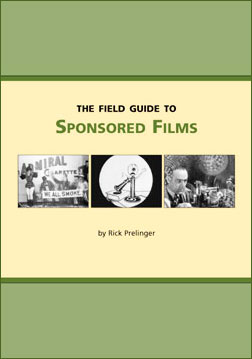